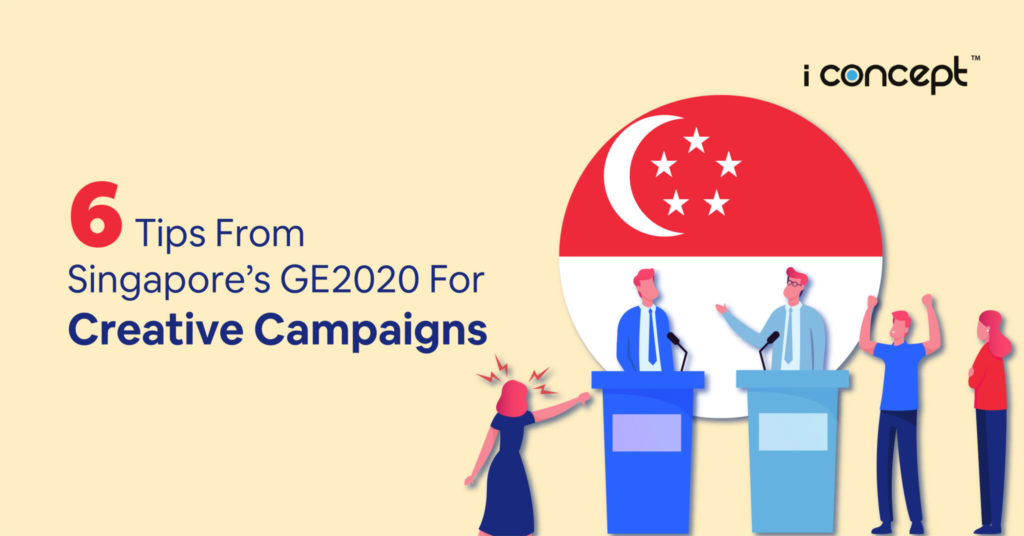 When PM Lee advised President Halimah Yacob to dissolve the Parliament on June 23, it paved the way for the campaigning to begin for the General Elections (GE) 2020 over the course of 2 weeks — amidst the pandemic. Yes. During these 2 weeks, we saw a lot of noteworthy events and learning points that drew parallels between political campaigns and the kind of creative campaigns we as a creative agency manage.

The conclusion of the GE2020 saw a slightly new team of government to lead and navigate Singapore through the ill-effects of COVID-19, both social and economic. While there was a lot of division, debate points, and nonsensical events happening across the country, we’re not here to discuss our political viewpoints. Spread love and knowledge, not hate, like our article on creative campaign ideas for hotels.

East Coast… We, a Singapore Together Plan

Probably the most talked-about topic behind Jamus Lim (more on him later), the current Deputy Prime Minister (DPM) Heng Swee Keat’s surprise move to the East Coast GRC apparently didn’t just catch the opposition and the voters off-guard, it also caught himself off-guard. As he went up to deliver a speech in a rally, he struggled mightily (could be partially due to aphasia, we don’t know but hey, benefit of the doubt yeh) and barely strung words into sentences.

Netizens were ruthless in their comments and the memes quickly spawned from the incident, fairly or not, naming him and his policies the “East Coast Together” plan. However, netizens were not the only ones to react, as Nando’s threw their hat into the ring as well:

Smartly tagging onto Minister Heng’s speech, Nando’s came up with a post to announce their islandwide delivery service and gave the world a lesson on brands newsjacking marketing tactics. This simple post garnered over 4,000 shares and gave their made-up political party ‘PNP’ resounding fame. Want to see more comedic jabs of the election speech, taken at the DPM? You’ll be proud of the marketers in Singapore, trust me.

COVID-19 has brought about a lot of change (goodbye SportsLink 😢) around the world and in Singapore. For this GE2020, it most notably gave us our first political debate in Singapore, a platform for the different political parties to explore and discuss hot topics.

It was thanks to this very debate, we were introduced to Worker Party (WP)’s Jamus Lim, an economics professor turned political candidate. His brilliant display of macro-economics and wit in the head-to-head against Minister Vivian Balakrishnan not only warmed the cockles of our hearts, but also turned him into an overnight sensation.

The turning point of the debate was a masterful skill employed in creative campaigns called reframing of messaging. When Minister Balakrishnan talked about having a strong mandate for the PAP to execute plans in responding to COVID-19, Jamus cleverly rebutted with the words that will forever be etched in history, “We don’t want to deny the government a mandate, we want to deny them a blank cheque.” This simple line became the basis of the arguments for many opposition supporters and successfully reframed PAP’s 2020 campaign message.

Boo! To The PAP (Past Matters)

“You can never escape your past.” This holds extremely true for political candidates everywhere, from the United States of America to our tiny island of Singapore. That’s why there was quite a stir-up when National Solidarity Party (NSP)’s Choong Hon Heng joined the fray again for this year. For those among you unsure of who Choong Hon Heng is, perhaps you will recognise him by his nickname ‘Thumbs Up Man’ or from this sequence:

Yes, ‘Thumbs Up Man’ or we like to refer to him as Mr ‘Boo To The PAP!’ is, or was, back. The same way you recognised him from this sequence, netizens and voters were also quick to reference it during his campaign trail in GE2020, so much so that he had an interview with Mothership for it.

Similarly for brands on their creative campaigns trail, the power of your brand identity from your past efforts, crisis, and key events matter. In the creation and development of a creative campaign, we have to be mindful of any past and existing issues that mar your brand. Otherwise, you might be blind-sided or face having your creative campaign derailed.

The all-white ruling party faced a huge scandal right after they introduced their fresh faces for their GE2020 campaign, thanks to an individual by the name of Ivan Lim. His candidate introductory post saw waves of personal stories and anecdotes flooded the comments section, which painted an image of an arrogant and indifferent man.

In the days to follow, more stories surfaced and a petition was started to remove him from the PAP’s team, as netizens and voters called for blood (almost literally) and questioned PAP’s candidate selection process. Eventually, he withdrew his candidacy and was replaced swiftly before the Nomination Day.

This scandal demonstrated the power of social media and consumer voices in affecting any campaign efforts of brands. Brands looking to run any sort of campaign should be smart in managing consumers’ complaints and employ some form of social listening to look out for feedbacks and issues arising from your creative campaigns.

PAP wasn’t the only party to be hit with a scandal as WP’s Raeesah Khan had to face a police investigation for racism charges, allegedly raised by a PAP supporter in retaliation for Ivan Lim’s scandal. (If this is true, it’s really a sad day for our country) It also sparked a chain of police reports made on various political candidates. Like most political topics, it divided the country but we’re not here to talk about it.

What we’re interested in is the response of WP and eventual impact of said response. Showing a united front, the WP’s leader Pritam Singh and the entire team stood with Raeesah to address the issue and showed a united front amidst the scandal. The eventual outcome was an outpouring of support for Raeesah, with the hashtag #IStandWithRaeesah trending on social media within days.

A key takeaway from the incident is the importance of unified branding within your respective creative campaigns, where each aspect of your brand is crucial to the success and effectiveness. Every comment, response, and conversation across every medium can affect your campaign.

One of the mainstays in Singapore’s political scene is something or someone that’s not really relevant to politics. As the title suggests, we’re of course talking about private-hire driver Shirwin Eu. For those who’re unaware of who he is, let us refresh your memory.

Mr. Eu is a notorious independent candidate who applied to run for the 5-seat Marina Parade GRC this GE2020 and was immediately disqualified (duh) due to a lack of paperwork and finances. This is not the first time he has pulled a stunt like this — he applied for the by-elections in Bukit Batok (rejected) and the Presidential candidacy that was reserved for Malays (also rejected) simply for the fun of it.

In fact, it was all for one reason: publicity. Ironically, he got it though he did become a bit of a laughing stock amongst the locals. We’re not suggesting for brands to pull publicity stunts like him, but we’re proposing for brands to pick up that courage of his to explore platforms and ventures where your target audience lies. Be brave and be bold. All that’s left is for you to create a strategy in your campaign to get that publicity.

We love our job, more specifically, we love helping brands develop creative campaigns that break boundaries and break the Internet (aka trends). We believe that you’ll want a creative agency partner who is not only good at their jobs but also keeps up with current happenings and existing trends. Well, we’re it.

We won’t give you any promises of ’10 million’ engagements or request for any ‘blank cheques’, but we’ll have a fun and creative team who is keen on delivering the best for your brand. Meet us, it’ll be fun. (; 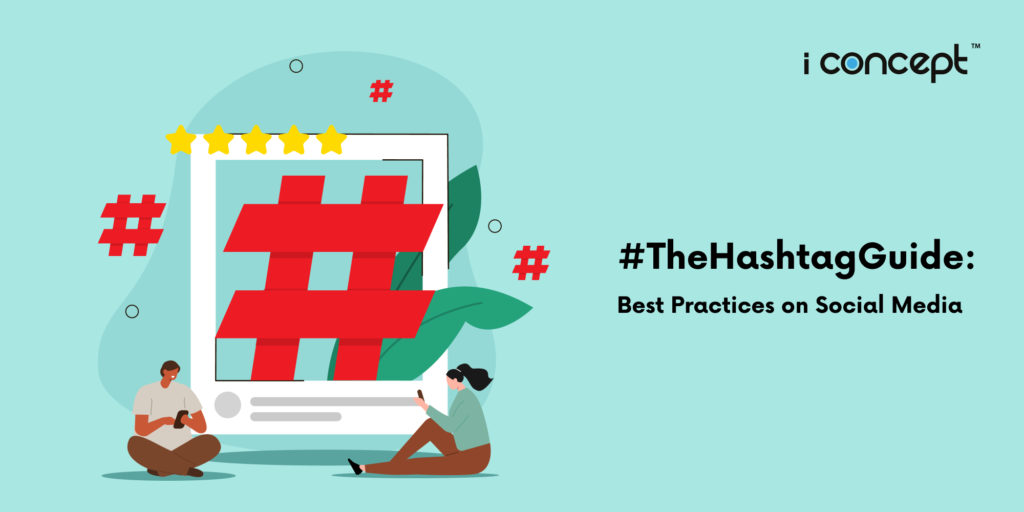 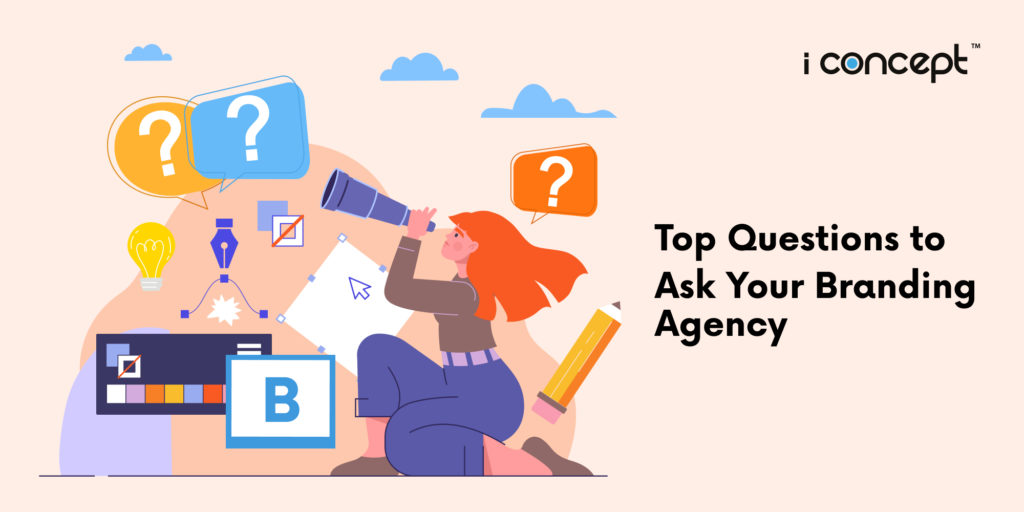